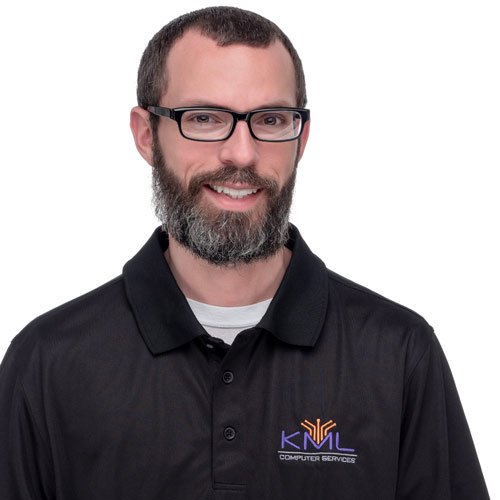 Joel Nolan graduated from Ivy Tech in Sellersburg, Indiana with a Network degree in 2003, he is enjoying working as a Network Engineer here at KML.

He has worked at a variety of companies; from larger ones like the Commonwealth of Kentucky, Humana and ATT Business to smaller ones like Kasle Metal Processing, Nth Works and E & H Integrated Systems.

Through working at a wide variety of companies, he has gained a corresponding wide variety of skills; Network Administration, Group Policy, Network Cabling, and Fortinet Firewalls.

Joel is new to the area, having moved from Louisville, Kentucky, where he had previously lived for 13 years, but he has been coming to Beaufort for years as he has family in the area.